You are here: News / Annual letter

In 2013 Cultural Heritage without Borders has expanded its operations geographically – we are working not only in the Western Balkans but also in Belarus and Kenya. From January 1st 2014 we shall start a new project around oral story telling in Syria, funded by the Swedish Postcode Lottery. 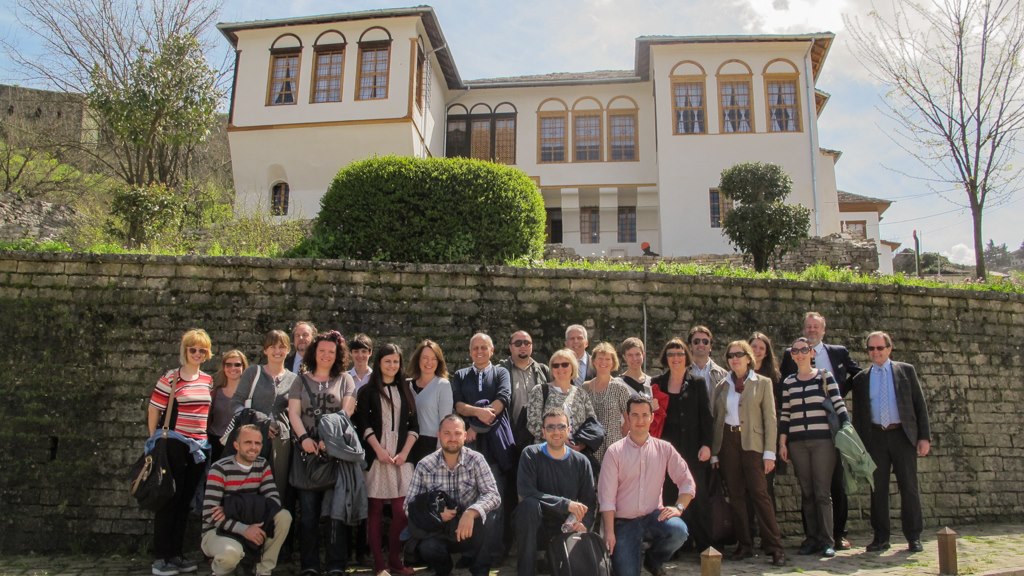 Syria
‘Al- Hakawati’ (storyteller) is a new project focusing on the preservation of storytelling as part of Syria’s intangible cultural heritage. The project will contribute to greater understanding and hopefully reconciliation in a post-conflict situation in Syria by highlighting storytelling as a common denominator for connectedness across ethnic and religious boundaries. The stories themselves help to strengthen cultural heritage and are an important part of people’s identity.

Belarus
CHwB has entered into strategic partnerships with museums, architects and cultural institutions in Belarus, including ICOM. A network has been formed with representatives from Belarus, Kosovo, Sweden and Lithuania. Experience from CHwB’s work in the Balkans has inspired further understanding of cultural diversity. Concrete activities with field trips and workshops have been conducted. This included a study visit to Sweden by 27 museum directors to discuss how to reach a broader understanding of cultural issues.

Kenya
CHwB has a new project in Kenya: ‘Journeys of Peace’. It is centered around a touring exhibition initiated by the Community Peace Museums Foundation and CHwB with funds from the Swedish Institute. ‘Journeys of Peace’ highlights the traditional role of cultural heritage in peace building across a country with diverse regions and cultures. The project creates opporutnities for dialogue between divided groups, with a focus on young people. The exhibition has been visited by more than 3000 people in the autumn of 2013.

Balkans – Restorations Camps in four countries
The CHwB Regional Restoration Camps represent a simple, successful, scalable training model, which grew, from 2007 to 2013, from a few students in Albania to multiple sessions in four countries, with a diverse array of participants. The Camps form part of a Balkans-wide push to encourage people to value and care for their local heritage. The main objectives are to use cultural heritage to build relations among young professionals, creating conditions for reconciliation as a prerequisite for peace and democracy, and to preserve traditional crafts and techniques.

Bosnia and Herzegovina
Conservation of wall paintings in 17th century Ferhadija Mosqe in Sarajevo and a multilayered project in Stolac marked 2013 in BiH. In Stolac a key focus has been on the heritage interpretation and communication about historical environment, where challenges after war destructions are extensive. CHwB has worked to strengthen relations between cultural heritage professionals and students, and also enhancing the awareness of the importance of conservation issues among the public. The most tangible result out of 9 educational workshops with different target groups was the production of a first smartphone application based on augmented reality. The application can be downloaded under the name Stolac-Cultural Routes – from Play Store for andorid, and Apple store for apple users.

Kosovo
The utilisation of culture heritage as recourse for sustainable development is the main stream of CHwB in Kosovo. Municipalities are assisted to draft Local Heritage Plans as a strategic document that bring culture heritage as a resource of multi-sectorial cooperation. Representatives of Spatial Planning, Agriculture, Economic and Cultural sectors have been closely working to identify actions that interact with cultural heritage. Vernacular buildings have been restored and utilise as business infrastructure. Owners of such vernacular building have opened new businesses such B&B. In addition co-funding initiative are promoted. Owners of building have supported the implementation of project up 60% of the total allocated budget. Municipalities and the Ministry of Culture are also supporting several actions with 20% of the budget (initially planned was 10 %). This model has significantly changed the state of cultural heritage from being the burden of the society transforming it into a resource.

Regional museum network in the Balkans
“Meet See Do”, the first regional conference of the Balkan Museums Network was held in Sarajevo in April. 60 participants from the museums sector across the whole region met and participated in common workshops, activities and seminars. For many participants, this was the first time in many years that they had come into contact with colleagues from other nations.

CHwB has an ongoing project work focusing on disabled children and adults funded by the Stavros Niarchos Foundation. During 2013, seven projects were implemented in the Balkans led by local experts trained by CHwB. The work was awarded an international prize from Zero Project, an international organization advocating the rights of disabled people.

Sweden
Ing- Marie Munktell has taken over the chair after Christina von Arbin. Ing-Marie has been Museum Director at the Museum Gustavianum in Uppsala and Board member of CHwB for many years.
In May 2013 I was appointed to take over the secretary general post after Margaret Husén. I have mainly been working in international development cooperation for Sida, the Swedish Foreign Ministry etc. during my proffessional career. I feel great joy and enthusiasm to be working in an organization as CHwB.

Thank you!
Finally, thank you for all your support and generous donations during this past year from. It is valuable money and an important addition to our work. In February we are launching a new website and you are most welcome to follow our work from there.

Best wishes for 2014
from
Cultural Heritage without Borders